We ar ea team of volunteers. Please bear with us that we would rather dedicate our time towards our major activities. If you need urgent assistant, please use the form on this page to write us.

EXIT is a non-governmental, non-religious and non-profit organization based in Vienna. Our organization is dedicated to combating human trafficking from Africa to Europe for the purpose of sexual exploitation. EXIT was founded in 2006 by the Nigerian author and human rights activist Joana Adesuwa Reiterer with the purpose of bringing to light the existence and crime of human trafficking in Austria.

Working closely with journalist, filmmakers, actors & Actresses, civil society and governmental stakeholders, we continue to implement several awareness raising projects like facilitating book release, media reports, theatres and films on the topic.  Our mission is to break the silence and mobilise everyone to take one action against human trafficking.

“Victims & vulnerable people all want exactly the things you want the most – security, choice

and a life with dignity!”…….Joana Adesuwa Reiterer

“Are we aware?” by Emanuel Danesch

“Are we aware?” is a newly developed documentary film portraying human trafficking from Nigeria to Europe for the purpose of sexual exploitation, with film footage from the Na Wa awareness rasing Festival Event held in June of 2011 in Nigeria. 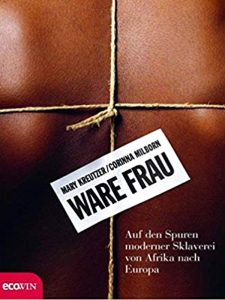 Zur Buchpräsentation Anfrage
[/vc_tta_section][vc_tta_section title=”Highlights” tab_id=”1518547619642-2dfb82dc-8bb7″][/vc_tta_section][vc_tta_section title=”History” tab_id=”1518547619250-b2445104-eb97″][/vc_tta_section][/vc_tta_tabs]
[vc_video link=”https://vimeo.com/255880382″ align=”center”]
[vc_video link=”https://vimeo.com/255599082″ align=”center”]
[vc_cta h2=”We need your support. Your voice.” h4=”It has been over a decade that we started our charity EXIT againt human trafficking.” txt_align=”center”]Human trafficking is a crime that affect every country in the world today. Even you, living comfortable in your home in a wealthy country in Europe. Human trafficking and exploitation is not far from your door step. All what the victims want is peace, love, a healthy meal for their family and a good education for their children. Does this needs sound abstract? If they don’t, then partner with us today. Take a brave step and find out how you can activate your power to create positive change that prevents human trafficking. Information for donations: Raiffeisen Landesbank Neo-Wien Account name: Verein EXIT Account number: AT94 3200 0000 04149118[/vc_cta] 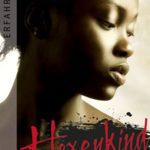 To be updated with all the latest news, offers and special announcements.

This website uses cookies to improve your experience while you navigate through the website. Out of these, the cookies that are categorized as necessary are stored on your browser as they are essential for the working of basic functionalities of the website. We also use third-party cookies that help us analyze and understand how you use this website. These cookies will be stored in your browser only with your consent. You also have the option to opt-out of these cookies. But opting out of some of these cookies may affect your browsing experience.
Necessary Always Enabled

Any cookies that may not be particularly necessary for the website to function and is used specifically to collect user personal data via analytics, ads, other embedded contents are termed as non-necessary cookies. It is mandatory to procure user consent prior to running these cookies on your website.