Yes, we have had to re-launch our Joadre app to suit our vision. Now its called  Hubcouture, which is an app that allows you share inspiration, review and shop custom-made products directly from the makers. My favourite feature on HubCouture app  is that you can earn some side income while networking. In our app, you will discover African designers, designs, fashion, interior, beauty care products which you can purchase directly from Africa and from Europe. Alternatively, hub couture has an online store which is right her on this website. Visit our store to see some of our products.

Its all about authentic African skills. We will go behind-the-scenes, visit as many designers and producers as possible for the sake of transparency (Lol), understanding how they make every piece unique, what inspires them, their views and takes on some global social issues affecting the industry today.

The Aso-oke fabric from Ogun state

Ibrahim and his handcrafted batik technique

Women should earn less because they are less intelligent? Weaker? Dumb? I guess Korwin-Mikke never heard of Valentina Tereshkova who visited space while he was still struggling to understand his masculine privileges or neither has he heard of  Liala Ali who could definitely rehabilitate his mind with one left-hand punch.  I must say, he bluffed me. My intellectual female brain still cannot comprehend how he was able to gather evidence to back up boycotting more than half of human population. When you hear something like this, you might say “we need a political and legal reform to create gender equality” but when you wait a decade for that reform to have effect in your domestic environment, you definitely will get bored and take to the streets again, but this time demanding  a new reordering of society where we completely eliminate male supremacy and the the concept of gender entirely. Or maybe just “Encourage feminine behaviour rather than masculine behaviour”. At one point, you simply get confused. What do we want? Lets agree on something that globally affects every woman. Financial independence! If we can eliminate financial dependence of women, probably that would bring more equality. Whats you take on this approach?

Gbemmy delegating at her production. Korwin-Mikke could not be more wrong!

Valentina Tereshkova. Korwin-Mikke could not be more wrong!

Talking about female independence and taking action, many African entrepreneurs have taking the situation into their hands. Take for example fabric weaving tradition in the Nigerian textile industry. Over decaded, the art of hand weaving fabrics on a loom has been passed down from generation to generation. Aso oke fabric, (Yoruba: Așǫ oke, pronounced ah-SHAW-okay) is a hand loomed cloth woven by the Yoruba people of western Nigeria. Aso oke means top cloth. Usually used to make men’s gowns, called Agbada, women’s wrappers, called iro, and men’s hats, called fila. From our collection, we have different urban products  made out of the same handwoven Asooske fabric. .

The fabric is prestigious. Actually, people wear this original fabric to weddings and celebrations. But what I love about the Aso-Oke is that it has this pro-female vibe around it. When we visited some weavers down south Nigeria, we were amazed to see the division of labour between the females and males. The designs and styles to be woven are dictated by the women, while the actual weaving is done by the men. If translated into the urbanised fashion industry, the chief designers are females and producers carrying our the designers instructions are males. Awesome. We have these fabric for sale on HubCouture in 3 different colors. They come in 17cm width and very long, so you can join them together for your DIYs like pillows cases. If you want to see more pictures, more aso-oke products, check them in hubcouture app.

My weeks pick - A few products made from Aso-oke.

Which UN theme would you stick with?

Ok, if we had stuck to the UN 1999 women’s day theme, “World Free of Violence Against Women” , we would have definitely been in a much more better place. They have some amazing themes but some, especially the ones with “and” is hilarious. 1998  it was “Women and Human Rights”, 1997 “Women and the Peace Table”, 2001 “Women and Peace”, 2004 “Women and HIV/AIDS”, 2009 “Women and Men…”. But thank God, that was the last with the “and “ conjunction. Like I said, I am sticking to the 1999 theme “World Free of Violence Against Women“. Let simply elaborate and be clear about the term Violence. Violence against women is, collectively, violent acts that are primarily or exclusively committed against women (also future women included called girls) because they are women.  I love this UN theme because, Violence against women is something happening everywhere, to the poor, rich even if you are Rihanna, no matter your religion, age group, origin. Its the incurable virus out there that we need to fight till the end of humankind.

Now about the gifts on International Women’s Day, I have outed my opinion. Stop it!

Thank you so much for staying till the end. Anyway, I love you for getting HC app now from google play and apple store. If you want my personal thank you said again, then DM me on HC. See you next week and I hope till then, we would not have a new discovery about the female species from poland.

Dreams Drown In The Mediterranean – migration. 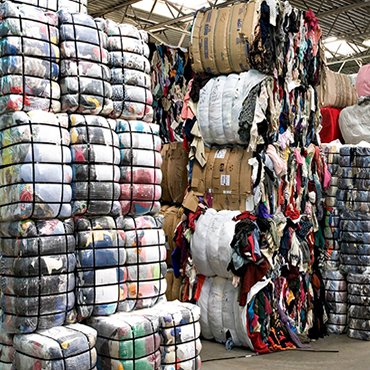