Capitalism: The History OF Primitive Accumulation That Remains

Badagry Slave Barracoon | A Journey Through The Dark Heritage...

How To Innovate Education In Nigeria | Pt. 7

From before the rise of African kingdoms, to Europe’s middle ages leading up to our globalised world today, independent communal relations, property and trade were the foundation upon which our modern world is built.

If you study the era of African kingdoms through the lens of its relation with Europe, which at that time was shadowed by Feudalism (Middle ages, before the 15th century) and further, up to the establishment of the concept of “primitive accumulation” as a counter power to anti-feud struggles in Europe, which as a result paved the way for a new power force “capitalism”, you will notice the necessity to justify exploitation, violence and deprivation as it mystifies “the human” into an artificial artefact for the production of the labour-force, a necessity for the capital power today. Though diverse eras of power have ended, some reformed, what still remained intact is the underlying system that perpetuates the obsessive need to groom a divided class in society.

So they said, we want to integrate Nigeria into the global trade, therefore a “War Against Indiscipline” must be conceptualised upon the existing structures in the nation state freshing amalgamated. To this end, the World Bank introduced its Structural Adjustment Programs (SAP), which around the early 1980s led to harsch takeover of communal spaces, from communal relations to property and land.

There was the desire to regulate population growth as a new kind of labour-force is required. This was the beginning of a primitive accumulation introduced by the new form of capitalism that would plague Nigeria decades to come. We need to study the history of Europe, America and China as these regions deepen their grip on African soil. We have to sense the signs, the symptoms and source the root causes so that we as entrepreneurs can develop strategies to safeguard the core equity of the African continent, when we discover it.

We Could  Label this “Fair Trade Partnership”

If you learn about the history of the economic relationship between Africa and the rest of the world, especially Europe and America, you would be shocked or rather puzzled about the disparity that over clouds our collective history. We at Joadre would like to take you on the journey to understand the motivation behind our work and how small businesses can rise up to own more equity in today’s global economic system.  Before the 14th century, there was a trade relationship between African and European merchants  that one might be able to label “real trade partnership”. The then valued resources like ivory, spices and even gold among other resources were exported from Africa. In return other goods were sold to Africa.

In today’s Nigeria, the regions that were engaged in trade with the Portuguese saw many high profile merchants in Africa then. Between the 14th and the 19th century, were over an estimated 12 million plus African were captured, sold off and enslaved by slave traders, many western nations started the race of rapid development. Millions more Africans lost their lives, families lost their livelihoods as many able men and women left the continent – an era of brain drain had long started.

The rise of new nations, amidst war and witch-hunt

Whereas in Europe and America, a new era development was possible, not only because of the brilliant ideas and minds at that time but majorly because of the massive manpower and resources looted from Africa. And to the brilliant minds, it is someone who has a peace of mind that can explore, invent, adventure and rest. Many African enslaved people as well as those who later endured colonisation did not have this luxury of peace of mind. Many had to simply focus on surviving.

A new Era. Activate your power with Joadre tribe platform

The classic Nigerian educational system does not build the capacity of the Nigerian youths towards equipping them to become entrepreneurs nor independent wealth creators. We have long noticed this. The goal seems to be to create the kind of labour-force that was once needed during the western industrial era. Well that era is over, or must we always follow dead trends, re-enacting the same mistakes others did? No, we are inventors by human nature. We are creators by divine nature. So we can create, we can invent our own era. Small businesses are the force that can create a new wind, building upon some of the great work already done within all past eras combined in their collective historical paths.

Now you know, Joadre is beyond business. It is a movement!

Africa has to be self sustainable. Everyone should have the opportunity to enjoy a dignified life. Poverty exists. Not because there is not enough but because of the poor distribution of resources. Poor distribution is very much connected to corruption, accumulation of wealth, economic crimes sealed by “legal deals” and ignorance. The ignorance we would tackle with information and awareness. We strive to make it substantial enough to create the momentum needed to eradicate all other factors.

Get Involved, Join The Joadre Movement and Here Is How!

The process is easy! First, Welcome. Since we will release more tools and features in the future, it is important you have one login for all our features from live event access to digital platforms. Get on the tribe page at https://tribe.joadre.com, sign up with either your email or socials.

You will be directed to the app on google play store (IOS for Apple users is in the making, and a web app will be released soon). If you have only Apple, we will still make sure you are involved. Get our newsletter, so we keep you in the loop with infos, updates, opportunities as they happen.

That was it for now. Sorry it is a long article, but we now have it for you to share, debate about it and give us your feedback. This is the first step. Do you want to partner with us or contact us, just use our contact form to reach out.

Joadrehttps://www.joadre.com
I am Joana, a Nigerian-born Austrian-based entrepreneur and activist. Founded Joadre in 2012 and continue to develop content to engage and empower African SMEs.

Get a quick overview about the professionals service industry in Nigeria. The industry makes up 53 per cent of Nigeria's gross domestic product

How to achieve that dream or vision of yours.

Remember, number 1 is to identify the next logical thing or action to take. Number two is to create an action plan for yourself. Take a pen and paper and outline all the activities for that action. So now, let’s say you vision is to be the best fashion designer in Nigeria. Great. Simply wishing or visioning that will not Katapult you to become Nigerians number 1 designer.

Depending on the news channel, it could all be drama, tragedy or a disaster, especially CoVid, that is the news! But believe me, life...

Knowledge is the key to your own freedom. even at that said, what value does knowledge have if it is not applied? Applied knowledge...

4 must do before your start your online business in Nigeria

Are you eager to start an online business in Nigeria? Before you venture into any online business, here are 4 things you must consider so that you can fast track your way to be successful without having to waste time later on these. Online business provides a massive opportunity for those with the required skills as many Nigerians are getting online.
Facebook
Instagram
Linkedin
Mail
Twitter
Youtube
JOADRE 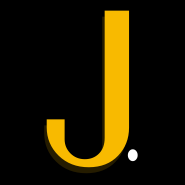